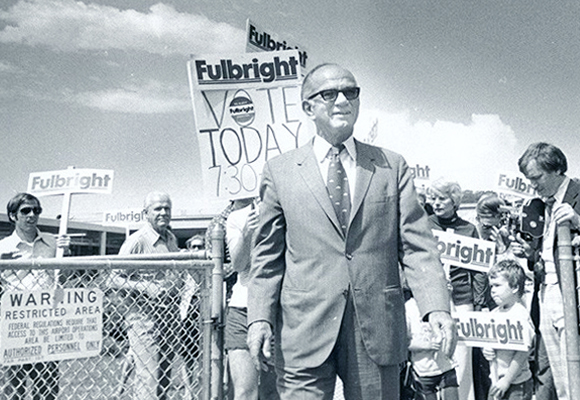 Perhaps best remembered for the exchange program carrying his name, Senator J. William Fulbright was a distinguished 20th century statesman who served for more than thirty years in the United States Congress. Born in 1905, Senator Fulbright spent the majority of his life in Arkansas prior to receiving a Rhodes Scholarship for study at Oxford University in England from 1925 to 1928. His experience as an educational exchange participant abroad would prove transformative, contributing to the internationalist outlook that would characterize his later political life and pioneering vision for the Fulbright Program. Entering the U.S. Congress in 1943, Senator Fulbright strongly influenced U.S. foreign policy and international affairs over the course of his political career, serving first as a member and then chairman of the Senate Foreign Relations Committee, a position he held for 15 years, making him the longest serving chairman of the Committee in congressional history. Honored with the Presidential Medal of Freedom prior to his death in 1995, Senator Fulbright’s influence continues to this day through the Fulbright Program, which provides grants to students, scholars, and professionals worldwide for the building of mutual understanding and a more peaceful world through educational exchange.. 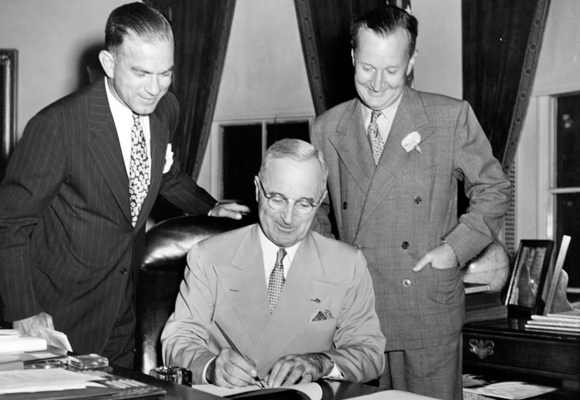 Entering the U.S. Congress in 1943 in the midst of World War II, Senator Fulbright’s vision for a more peaceful world would prompt him after the war’s conclusion to propose the formation of a new educational exchange program to build mutual understanding between nations and between communities. Confident that educational and cultural exchange was key to promoting world peace, Senator Fulbright proposed a bill to financially support exchanges between the United States and countries around the world utilizing funds from the sale of military surplus. Now known as the Fulbright Act, the bill was approved unanimously by the 79th Congress of the United States and was signed into law by President Harry S. Truman on August 1, 1946, leading the way to the first Fulbright grantees undertaking exchange abroad in 1948. Since then, over 390,000 Fulbright grant recipients, including students, scholars, and professionals, have shared knowledge across communities and made lasting connections through international educational and cultural exchange. 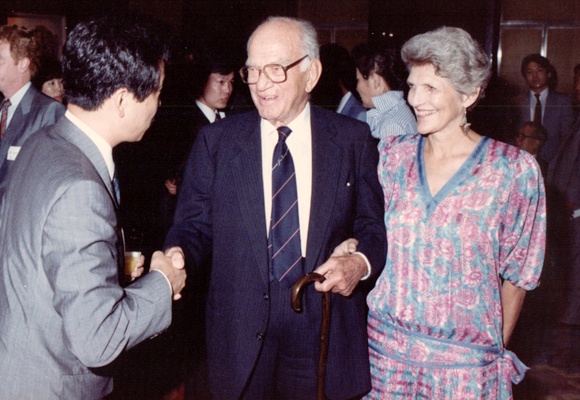 In today’s complex and changing world, the continued place of international educational and cultural exchange in creating lasting connections and mutual understanding has never been more apparent and never more needed. The Fulbright Program continues its legacy of supporting students, scholars, and professionals in the sharing of knowledge across communities. In the process, Fulbright grantees and alumni enrich educations, advance careers, and make meaningful contributions to the communities, and the world, in which they live.